In this exciting year of 2018, various special activities were held to promote English language to the school community. Besides, special activities that were held are aimed to improve the relationship among members as well as incite all society members’ leadership skills. With the cooperation among society members and teachers, English Language Society has successfully carried out special activities such as Chinese New Year Activity, Cultural Activity, Annual Training Camp, English Awareness Campaign Week and Field Trip to Central Market just to name a few. As a conclusion of the year, the most memorable and outstanding special activity is, no doubt, Annual Training Camp.

As a tradition of our society, English Awareness Campaign Week is held annually for every year. In this year, we have held six different activities that could be participated by every student in our school. Such activities include book fair, word search, storytelling competition, debating competition, escape room and song fest. 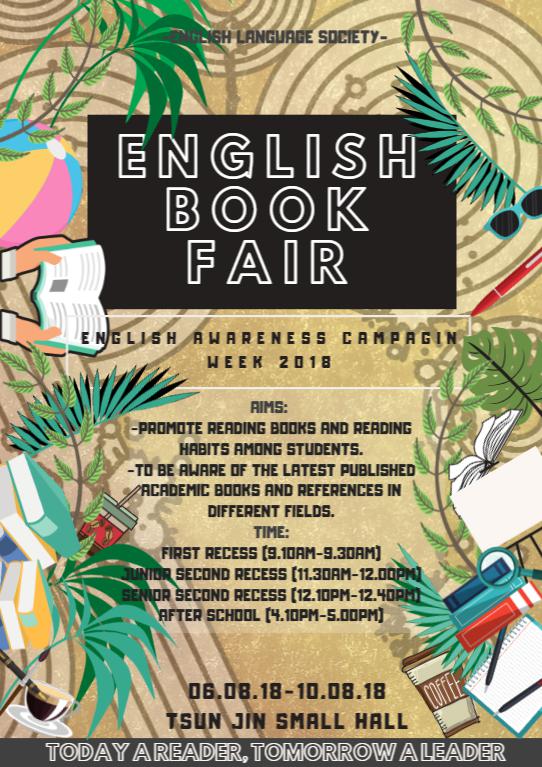 During every recess, there was a book fair held in the small hall of our school. There were a variety of English literature, reference books and even puzzle sets on sale. Students can even have a 15% discount for every purchase. Members will have to follow the duty roaster and come to the small hall to supervise the situation so that no theft can be carried out. 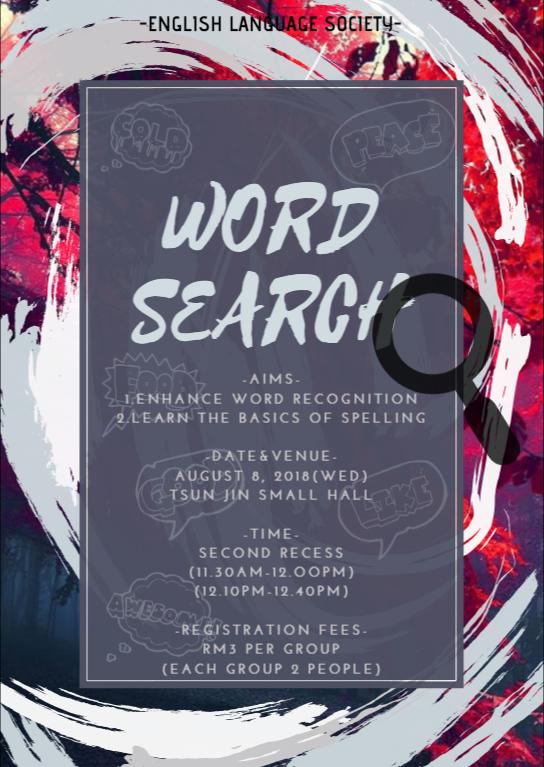 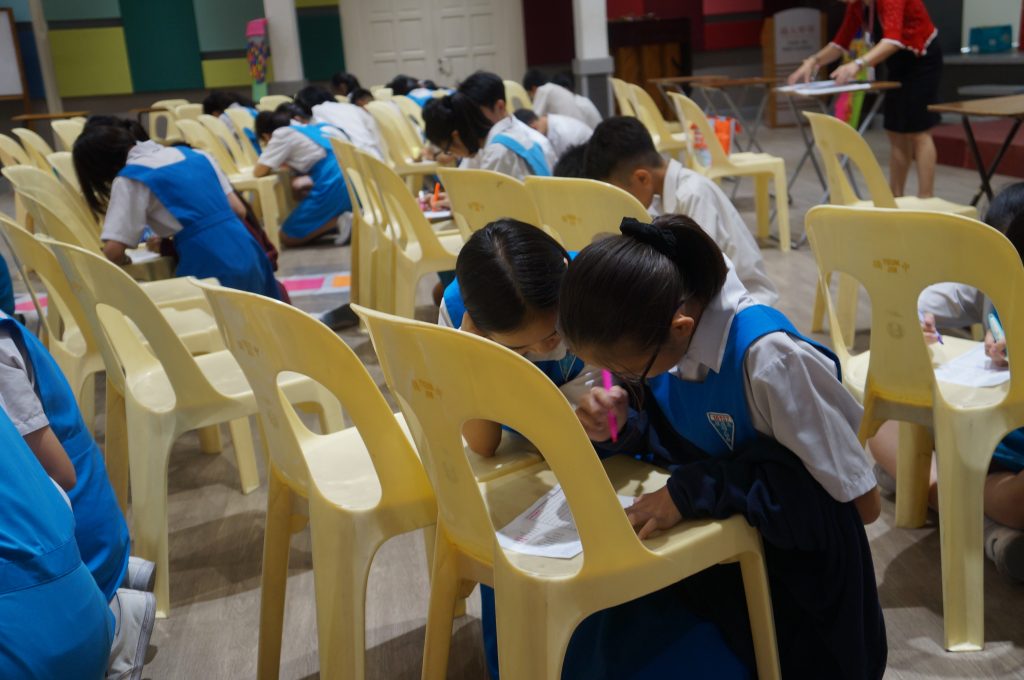 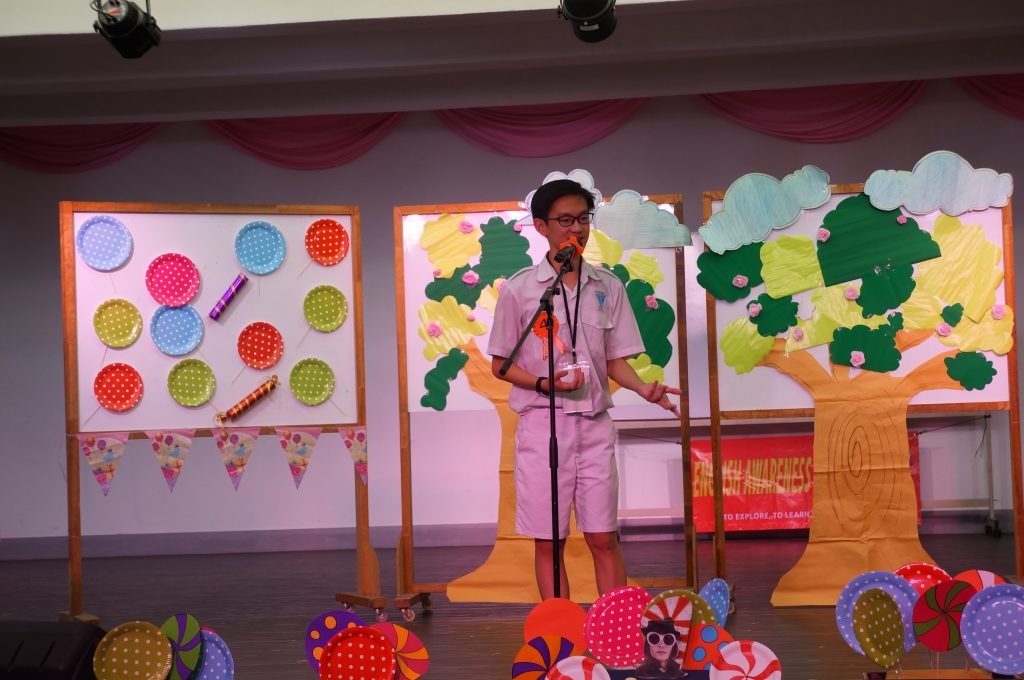 There are two rounds of the storytelling competition, a preliminary round and a final round. There are three participating groups, which are themed “Horror”, “Adventure”, and “Parody of Fairytales” respectively. This activity was only opened for junior members. During the competition, the emcee, who was the member of our society, will go on stage to introduce the storytellers one by one. Then, the participants will go on stage and perform while the photographer took their pictures. Each group has their respective winners, who are given small prizes if they have won. There is also a small guessing game which was held before the competition. The participants will have to guess the number of candies in a jar, the one who got the closest answer will get the whole jar of candy. 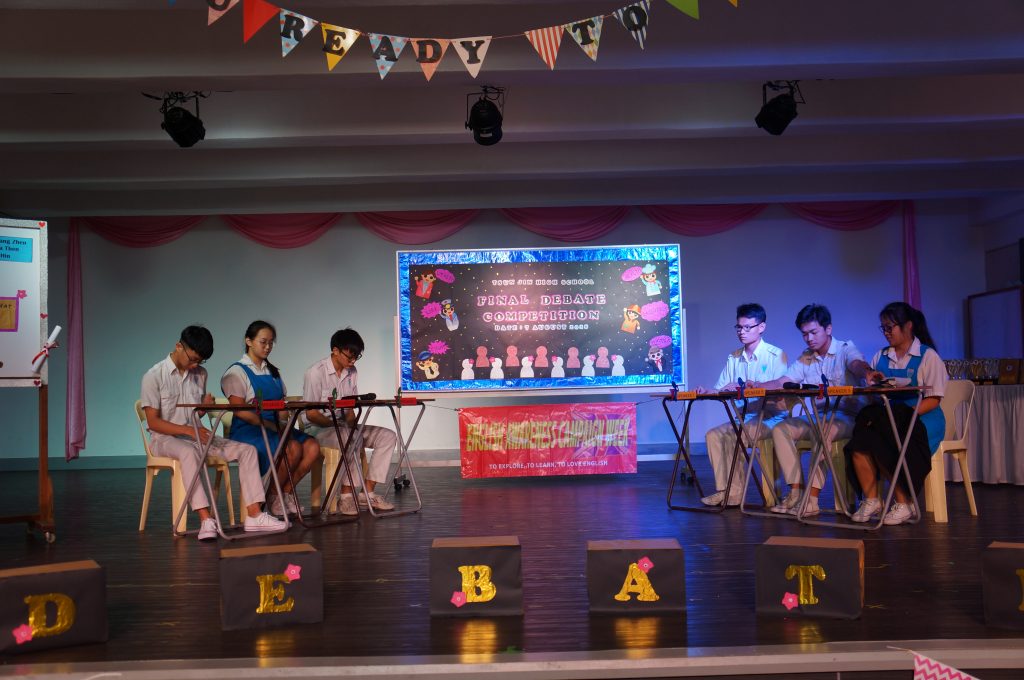 The debating competition’s procedure was very similar with the storytelling competition. This competition was held for the senior students to open up the students’ mind so that they will be able to accept other opinions. In this competition, there were also emcees and photographers. We have also invited our coach to be the chief judge for this competition to give the participants professional comments about it. 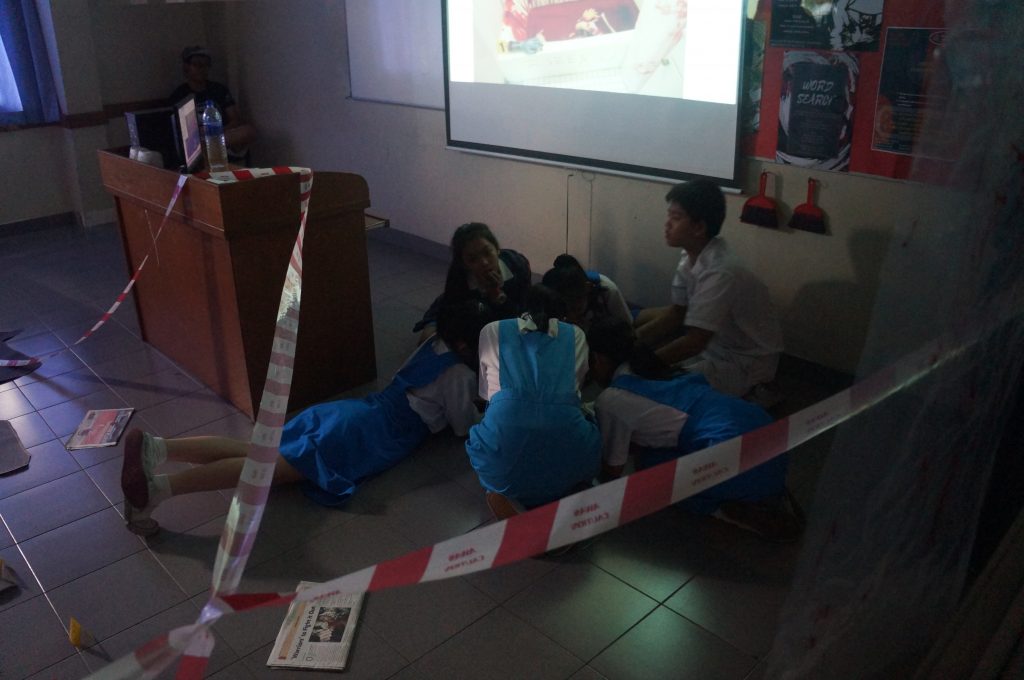 This game is a first for our society to hold. This game does not feature jump scares, but it features the mysterious and creepy atmosphere. The participants are required to solve the mystery to only be let out of the room. The participants cannot have any clues from the teachers, they can only solve the mystery using their own wits. The members of our society will need to be put on red paint to resemble blood and wrap themselves in tissue paper so that they would look like a reanimated corpse, also known as a zombie or a mummy. Teachers would also walk around the corridor, creak open the doors and scream from the top of their lungs. This gave the participants some freight, but a little excitement to finish the task.

This is by far the most anticipated activity by the music lovers. All participants are required to go through an audition in order to go to the final round, just like in the movies. The participants are allowed to sing any English songs using any instruments. It is a late tradition for our society to hold a song fest for the English Awareness Campaign Week. During the competition, members will have to walk around the hall to ensure no problems are happening throughout the performance. Special performances from the teachers and alumni are also carried out.

This year’s English Awareness Campaign Week has been a great breakthrough for our society. Activities such as escape room and song fest have improved our image as a society. We, English Language Society, used to be profiled as a normal language society which was not as famous as the performance societies. However, through this special activity, our society has risen to fame since our image was improved significantly.

During English Week, members have followed the duty roaster and came to duty on time. This has trained members’ punctuality and consciousness towards time. They have also increased their availability towards this society by making up the time to come for duty other than carrying out their personal needs. They were also very responsible for their work. They did not make too much noise during the activities so that they would not disturb the judges or the participants. Members also have proven themselves to be able to adapt to their surroundings. They have done such because they were not told what to do until the teachers told them to do so.

For the members who had specific roles on the day of the competition, those who have done their roles with their best performance will be able to pick up on different set of skills which can be fun to learn. The emcees who are required to edit their own scripts will finally understand the pain of editors. They also need to be confident during their speech so that the audience will have a better image towards our society.  The emcees were able to change the script instantly without letting the teacher check for them when the variables change. Thus, this improved members’ judgment skills towards their own grammar and formality.Other than that, the photographer can also gain a set of skills that may be useful in the future. Changing the aperture settings is a difficult skill to master as there is a different scenario that requires different camera settings.

Members have shown great improvement compared to the previous special activities. In this activity, members have been more participative than the last few times. Most of the members had followed the duty roaster since their duty time did not clash with their personal activities. They have come for their duty on time and done their respective jobs. The members also did not worsen the society’s image by acting disobediently or unmannerly. They respected the teachers as well as the participants.

Moreover, the members have done aftercare work properly. After the activities were over, the members did not leave the location immediately. They have lent out some time to help the committees to clean up the classrooms or the small hall so that it can be used for the following day. During the cleaning process, no properties were damaged and members did not steal any lost belongings. The members had ensured the cleanliness of the location so that no complaints were made. Thus, the members have improved their independence significantly.

The members were very happy about this activity. Most of the members have said that this was the first time for them to participate in this activity and become the workers behind it. They finally know the work behind all of the activities and understood the challenges that were needed to be faced. Some of the members also felt very satisfied as they can access the activities without paying for the entrance fees or the participation fees. Since this activity will be held annually for every year, the members have promised to keep up with the good work and make the English Awareness Campaign Week for 2019 a better and more interesting special activity for the school. 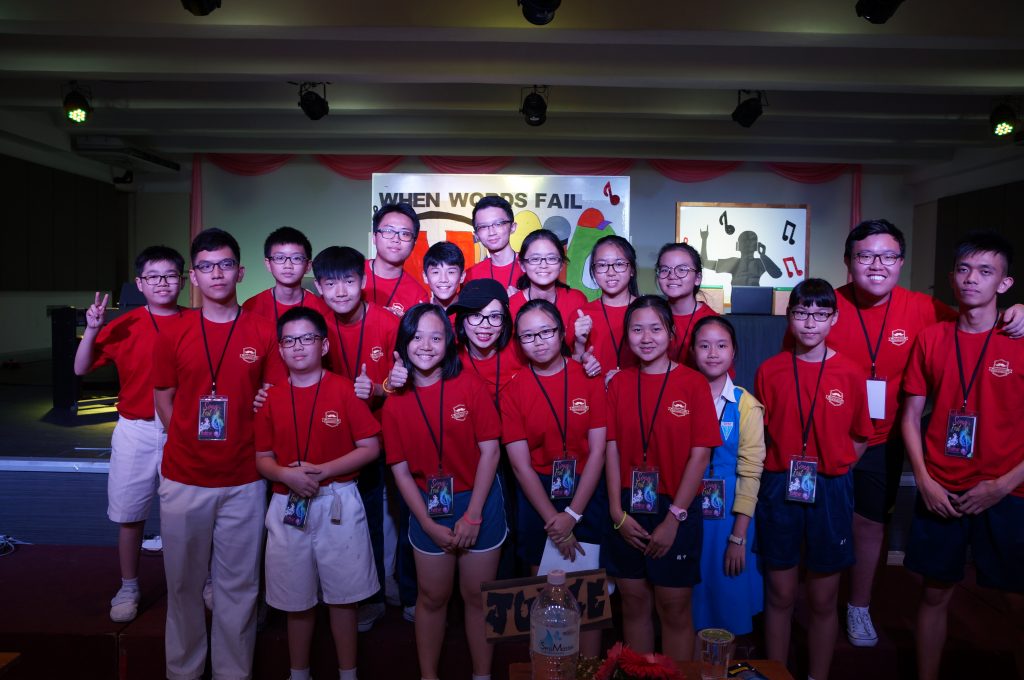