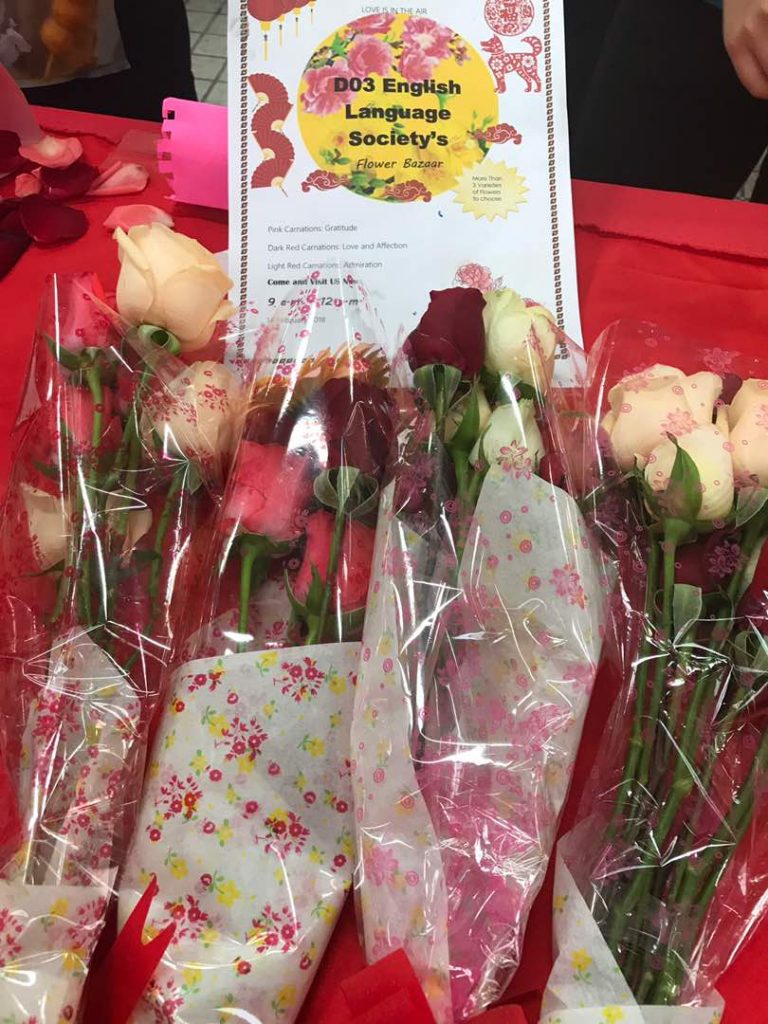 In January, our society organized an activity to celebrate the Chinese New Year.We had set up two booths which were Food Booth and Games Booth.
In the food booth we sold Chocolate with a dog, Red Velvet flavoured Rose cupcake and snacks.We also gave away free sweets.We hope to encourage students to express their loves and thanks to the teachers by writing rather than  sending e-mails.
While in the games booth, we had carried out a games called Lucky Ball.Players thrown the ping pong balls to the egg carts.Only when the ball was in the blue,red,yellow holes marks were given.We had given out prizes to the winners with many bars of chocolates.
In conclusion, this activity had given us a great chance to learn to organize an event. The relationship between members and teacher were bonded and closed.